Excellent performance from the Lusitano at the CHIO AACHEN

The CHIO AACHEN World Equestrian Festival took place in Germany, one of the most prestigious equestrian events in the world where the biggest names in world dressage come together.

On June 29th, at CDI 4*, the Lusitano stallion Fénix de Tineo participated with the Olympic rider Maria Caetano who obtained a score of 68.065% in the Grand Prix test.

On June 30th at CDIO5*, in the Grand Prix test, 3 Lusitano horses participated among the 36 horses in this competition. The Olimpic Rodrigo Torres and Fogoso reached a score of 71.848%, the horse Euclides MOR with the Spanish rider Juan Antonio Jiménez Cobo obtained the result of 71.565% and Escorial with the Brazilian rider João Victor Oliva finished with the result of 70.326%.

On July 2nd in the CDI 4*, the Lusitano horse Fénix de Tineo with Maria Caetano obtained the final grade of 73.915% in the Grand Prix Freestyle. In the CDIO5*, in the Grand Prix Special, Fogoso with Rodrigo Torres reached the final score of 72.213%. Escorial with João Victor Oliva finished with a result of 70.830% and Euclides MOR with Juan Antonio Jiménez Cobo had a result of 62.255%.

On the last day we had another excellent performance from Fogoso with Rodrigo Torres. In the Grand Prix Freestyle event, the Olympic rider conquered the public and ended their event with applause in time. Rodrigo Torres and Fogoso obtained the mark of 77.165%, in a test judged by 5 judges 5*, 4 of which will also be present at the World Championship that takes place this year from 6 to 14 August 2022 in Herning in Denmark. This result put Rodrigo Torres and Fogoso in the 13th position, among the 15 riders who qualified to compete in this event. 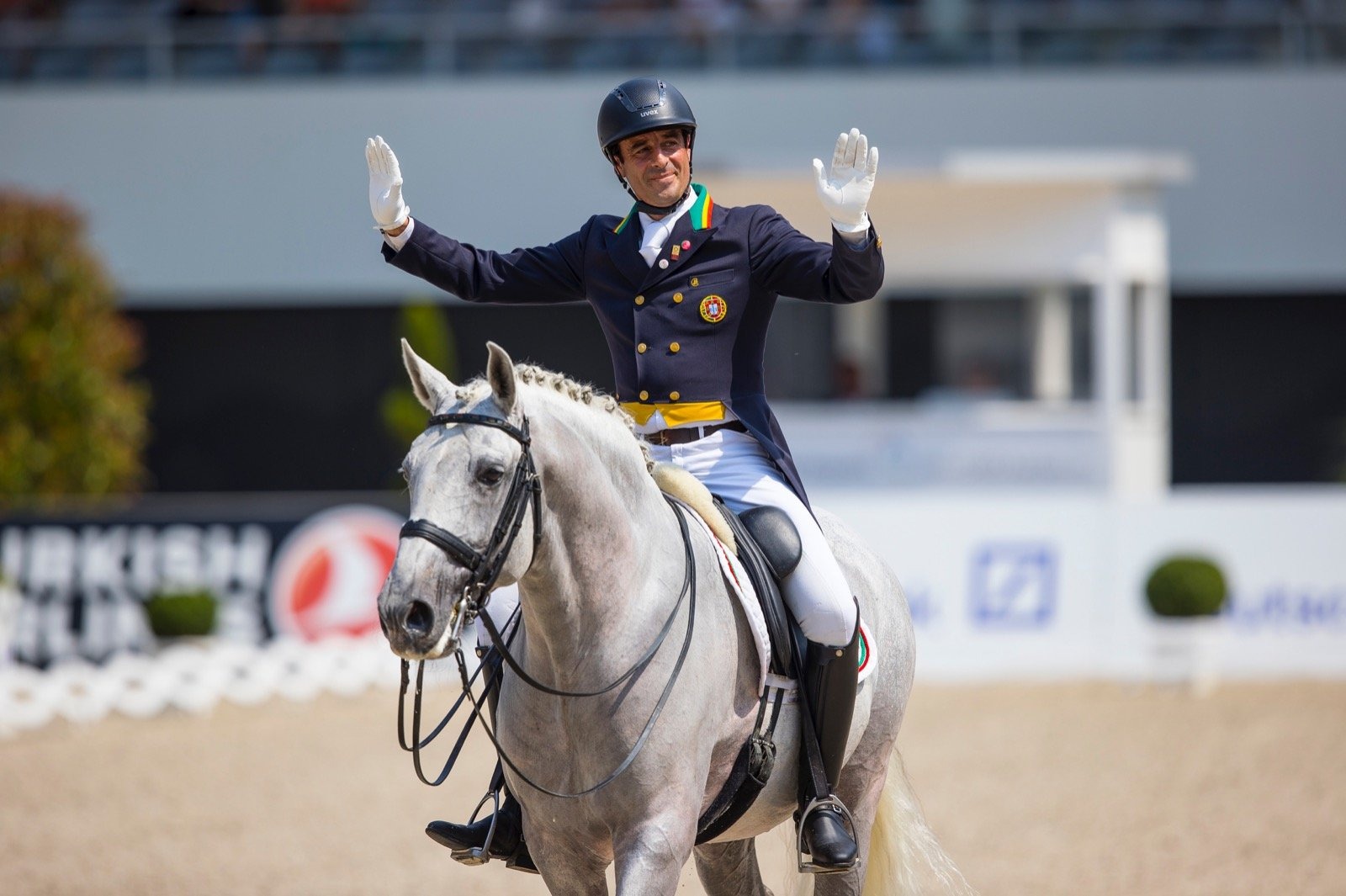