Evolution of the Lusitano Horse

Everything suggests that the lower parts of the Plains of southwestern Ibéria were spared the effects of the most recent ice age. This singular fact meant the survival here of a group of evolved horses that allowed their domestication at a very early date, as well as the riding skills that would appear to have preceded all others.

Today, everything leads to the belief that this Iberian horse would have travelled eastwards until it reached Ásia Mino rand North África, and from the former to the China of the first emperor.

The Lusitano horse is the direct descendant of this Iberian horse, the forebear of all horses that were at the root of all equitation throughout the world, from Europe to North África, from Ásia Minor to Índia and China.

Thanks to the isolation of this part of Europe, this extraordinary horse survived here and evolved over a period of about fifteen thousand years, almost entirely free from extraneous influence until quite recently.

It has been used as a breed enhancer at least from Classical Antiquity from the Mediterranean basin to the basins of the Black and Caspian Seas.

Today, this horse is the precious inheritance of Andalusia and Portugal.

For various reasons and differing criteria over the past three hundred years, the characteristics of the original horses of Andalusia and of Portugal diverged, the latter remaining closer to the original Iberian horses from which both are descended.

This was the horse that gave rise to the Greek legend of the Centaur, at a time when man and horse seemed to blend together. Here in Classical Antiquity, the belief was that mares impregnated only by the wind gave birth to the “Sons of the Wind”, the swiftest horses of Antiquity.

This horse spread out across the whole of Europe, Asia and North Africa, and it was still used in the 18th century as a universal breed enhancer.

It was only in the 19th and 20th centuries that it came to undergo infusions of extraneous blood as a result of the need for greater pulling power.

It was only during a period of two hundred years, but the effect was a dramatic degradation of the horse, making it bigger and heavier and doing away with its nimbleness.

Its psychism also deteriorated and it lost its “fineness”, ardour, vibrancy and the “desire to guess the rider’s wishes”.

If, today, we have been able to come to the point we have reached, with bigger and better horses, it is thanks to the intelligent work of the breeders and to the foundation of extremely strong genetics built up over fifteen thousand years of selection.

Two hundred years of disturbance were unable to destroy this foundation. Rather the contrary, full advantage was taken of these influences and, today, horses are produced of greater size and quality of movement that are able to vie with every specialised breed in almost every type of modern equestrian sport.

In 1974 and 1975, Portugal went through a revolutionary period during which a great many things were called into question. Demagogic “agrarian reform” inspired by a political power ignorant of the reality led to indiscriminate occupation of land throughout the Ribatejo and Alentejo, putting at risk the very survival of the Lusitano breed.

It was a “fantasy” that died a natural death, but first it united all those concerned about this national heritage. Though admitting that their extinction to which it seemed to be condemned.

Previously a breeder of the English Thoroughbred, the Arabian and the Anglo-Arab and already busy with what little I had, I joined this group of breeders and we set out for Aveiro in an endeavour to lease the Monte Farinha Island and other land to transfer there a significant number of Lusitano mares. 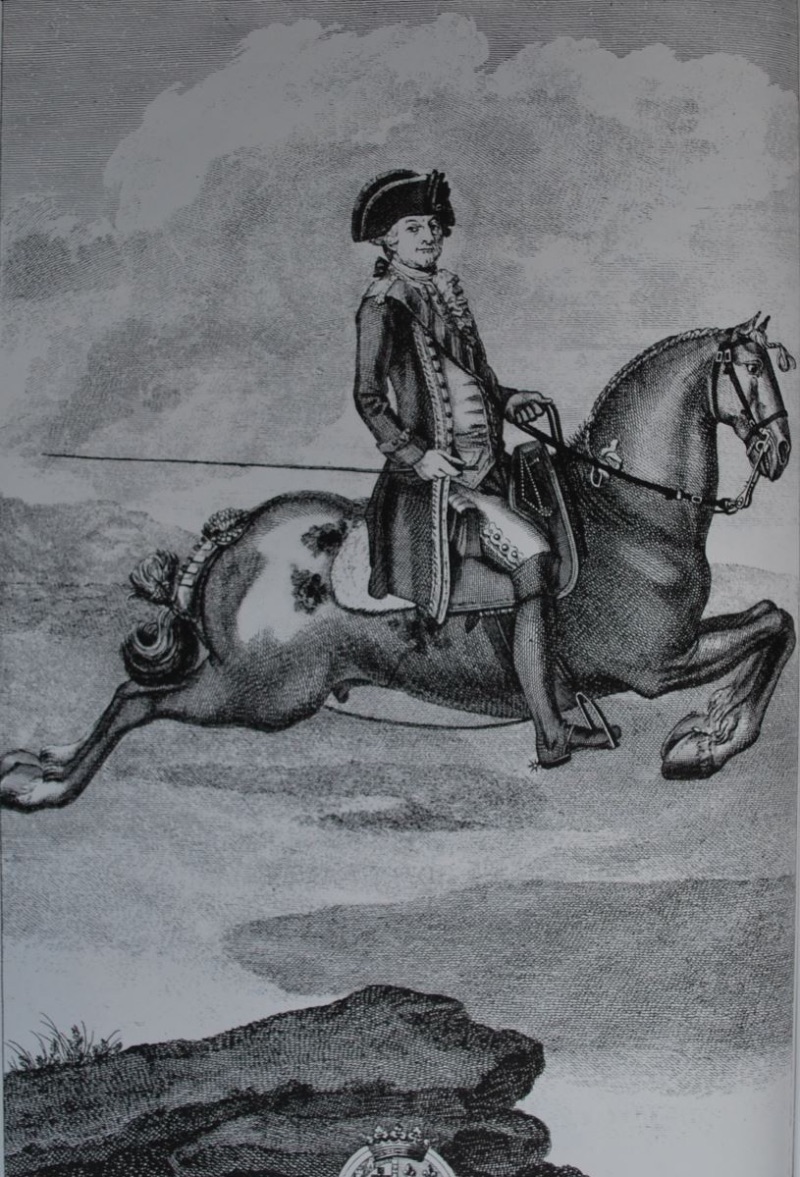 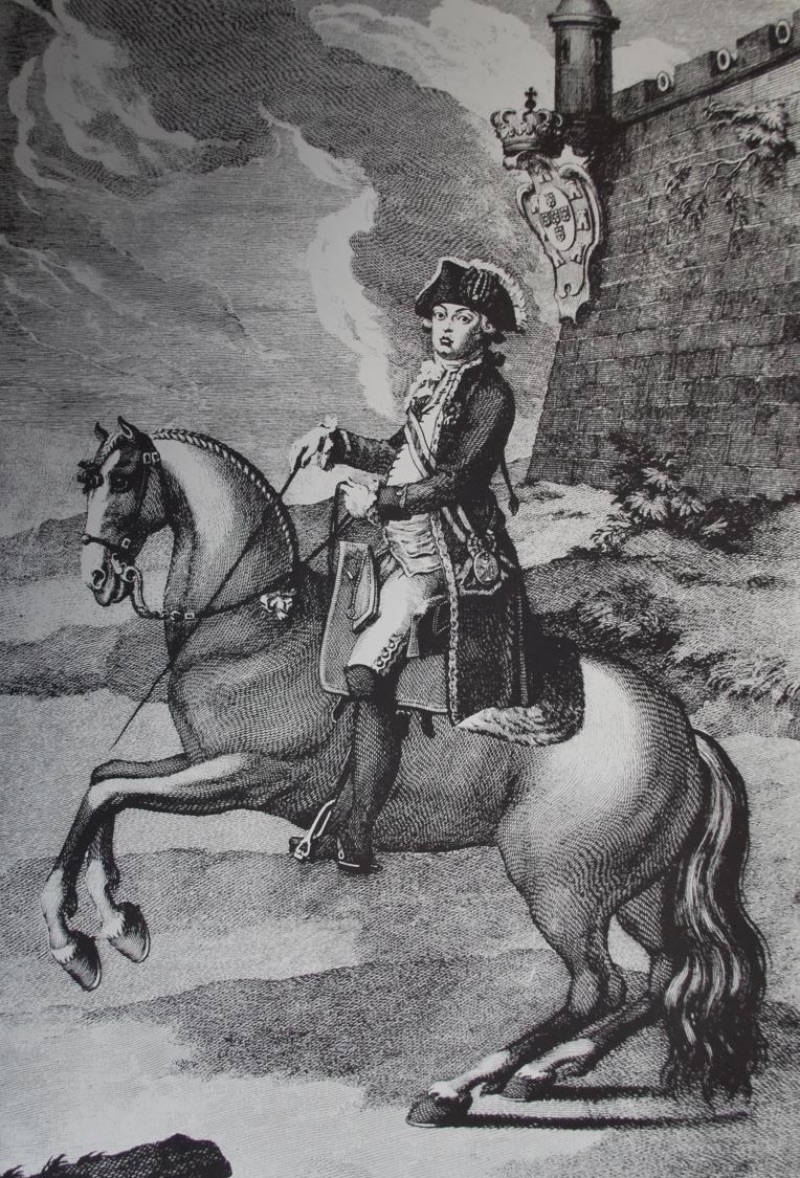 The “revolution” passed away, but we were left with a warning that made us think. We therefore decided to reconsider everything related with the selection and improvement of the Lusitano breed.

Fernando D’Andrade presided over a small group, of which I was a member together with Guilherme Borba, Filipe Graciosa, Fernando palha, Alfredo Baptista Coelho and Luis Cabral, that redefined the breed standard far more strictly. This constituted the starting point for the improvement of the selection. It took place just thirty years ago and the consequent evolution of the breed has been amazing!

The merit initially lies with this group, though it is shared by all those who believed in and followed in their selection the model that then refined.

But how could the breed have returned to its ancestral characteristics in so short a time and in such a great way?

The answer is simple. After two centuries of swimming against the tide, when everyone finally understood and turned to flow with the current that the breed itself imposed on us, the results appeared as though by a miracle.

The breed was merely masked, but it was there, thousands of years of selection were there. This genetic heritage survived every infusion of extraneous blood and was just waiting for us to get together to break loose and to give Portugal back its millennia-old horse!

A word of thanks is due at this point to the Veiga family, who stubbornly withstood during four generations every vogue and influence, providing essential help in the recuperation of the Lusitano breed.

However, the breed’s genes lived on in every stud farm. In the light of my experience of just thirty years of selection, I believe the evolution was possible only because the breed was there, waiting only for its release through the vitality of this genes. Beginning with broodmares of various origins in an endeavour to follow as strictly as possible the breed standard in the selection, the improvement can be seen from generation to generation.

The explanation can lie only in the huge genetic potential of the Lusitano breed. Today, the genetic variability of the breed must be assured if it is to survive.

The four great families will have to be retained as part of the present herd.

Alter, with the Alter Stud Farm; the Veiga Group, with the Veiga, Coimbra and Nuncio Stud Farms; and the Andrade Stud Farm. These form the basis of the present herd and will ensure its viability. Historic information and knowledge of “Gineta riding” were preponderant in the definition of the standard.

We recently brought together all the lusitano breed judges to reappraise the standards for the breed, thirty years after they had been drawn up, and they considered that nothing warranted alteration.

This does not mean that adjustments will not be introduced, for at this time competitions, bullfighting, equestrian art, all are making increasing use of the Lusitanos around the world.

In our horse, “form” follows a “function” perfected over millennia. In this dizzy evolution of the rediscovered breed, there is nothing, now and in the future, to prevent the increasingly demanding function from producing increasingly great “beauty” and a reappraisal of the definition of the Lusitano breed standard.